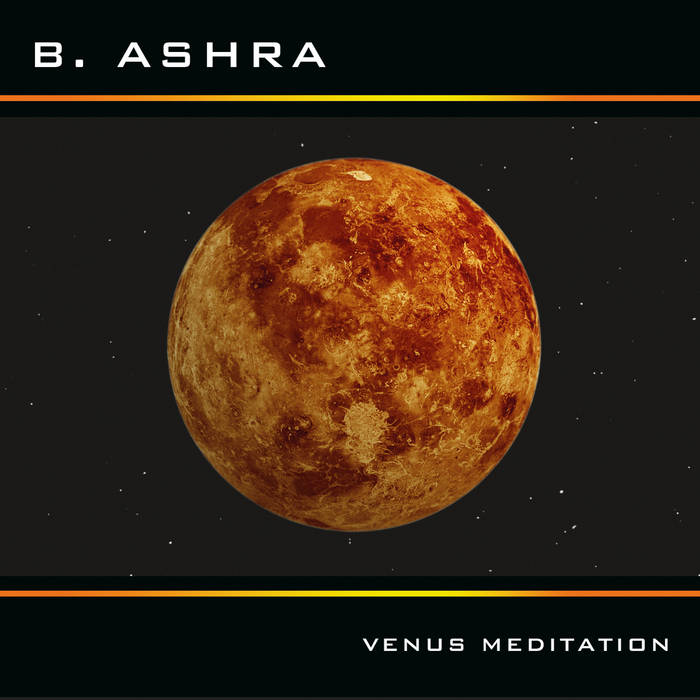 out of time studio

Venus Meditation is B. Ashra’s follow-up CD to the successful Om Meditation. Both CDs are very well suited for meditations, therapeutic sessions, any kind of rituals, for complete deep relaxation, or simply to enjoy.

In order to maximize the effect of the respective keynote, both compositions mostly go without large arcs of suspense. Thus, what you hear are mainly minimalist electronic soundscapes.

Venus tuning: A | + 9,64 Cent | 221,23 Hz | 103,7 bpm | colour: yellow-orange
Chakra: Ajna – brow chakra, third eye
Effect: supports higher love energy and aspiration for harmony. Venus is the symbol of femininity.
Venus is the second inner planet of our solar system, and its rotation around the sun lasts about 225 days. In the 32nd octave, the Venus tone oscillates with 221.23 Hz, which is an A.

With a wavelength of about 615 nanometers, the corresponding colour is a bright yellow-orange. Traditionally, Venus is associated to Taurus as a morning star – and as an evening star, it belongs to Libra.

by as CD for 15.00 + shipment, please write an email with your address and subject "order KW012" to: order@klangwirkstoff.de

Cannibal Corpse's George "Corpsegrinder" Fisher stops by for an interview