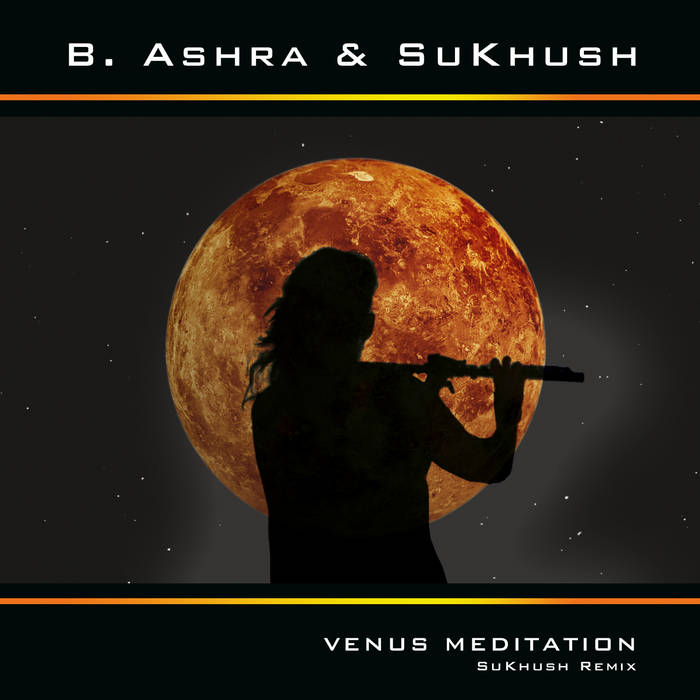 Felixito I just love the sound every second takes me a little bit deeper!

Paralysed From The Waist Up

out of time studio

This first collaboration between B. Ashra (Bert Olke - Klangswirkstoff Records/GL Audio and Mastering) and SuKhush (Rachel Sacks and Vish Kalra) is a deeply considered remix of B. Ashra’s original 62-minute Venus Meditation. 2018 is the year of Venus -- a time of forgiveness, love, and completion – which presented the perfect opportunity to re-imagine the original ambient work, integrating melody lines of organic sound from the flute.

The original soundscape is tuned to the cosmic octave, specifically to the planetary frequencies of Venus ( A | + 9,64 Cent | 221,23 Hz (110,61 Hz)| 103,7 bpm | colour: yellow-orange ). Further, with a nod to the dolphin imagery often used to depict Venus as the Roman goddess of love, the original composition also includes dolphin songs, recorded in the Atlantic Ocean near La Gomera (Canary Islands).

The Western concert flute remains on its original tuning. The flute was recorded in one continuous session, with effects added in the remix to facilitate integration of the organic sound into the track.